skip to main | skip to sidebar

If You Don't Know The Name Varner Studios, Now You Will

Have you ever heard of Varner Studios? Well, if you love pop culture or collecting action figures chances are you have in your collection a piece sculpted by Varner Studios. Most people don’t know who Steve Varner is or his studios’ contribution to the many action figures that have become iconic toy lines associated with pop culture. Varner Studios is located in Torrance, Ca. and was founded in 1979 by sculptor Steve Varner. Steve was formerly a senior sculptor at Mattel Toys and prior to that a sculptor for the motion picture and television industry. Although many people have never heard of Varner Studios they have been responsible for sculpting many of the action figures children have grown up playing with. They are the “behind the scenes” guys in the toy industry for last 30 years. Steve Varner has made Varner Studios legendary in the toy industry. Varner Studios has sculpted some very famous and highly successful toy lines for most of the major toy companies such as Playmates Teenage Mutant Ninja Turtles, Star Trek and The Simpsons.

If you want to check out Varner Studios please click on the below link:
http://varnerstudios.com/
Posted by Varner studios at 4:34 PM

Original scan provided to us from Diamond 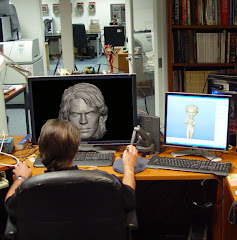 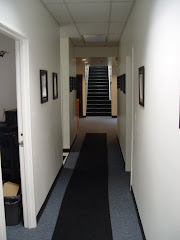 There is Teenage Mutant Ninja Turtle artwork on the walls

The boys that get to make toys 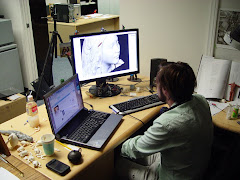